Students will create identity maps of the origins of their country, language, coat of arms, flag, the national anthem. Students will familiarize with their cultural identity and know about European cultural heritage. When preparing their identity maps, students will learn about the partner schools, towns and countries. By using the Google Maps our students wander through the streets of every partner city, see and understand other cultures in the comfort of their classrooms.

February’s activity was to create Cultural Identity Maps. This is an activity that allowed students to get to know their partners a little more as well as some facts about their countries.

At EB1/PE da Marinheira, in Portugal, since the beginning of the project, students in groups researched and registered in the ICT class some data about each participating country. They researched images, location, currency, language, population, flag and other subjects of interest to each country. Then, in their curricular class, they produced posters that were presented to the other students. This was a way of working in groups, promoting planning, collaboration and communication.

Then, in the ICT class with the help of the teacher, the class prepared a presentation on Prezi with the information collected (see below or click HERE).

As a way to complement the work already done, once again with the help of the ICT teacher, students researched partner schools using Google Earth and created a project. Click on the button below to access the project.

Students of Aşağı Çıyanlı Ş. Ahmet Birkaç İlkokulu, Turkey, started the activity in groups by doing a research on the net about the origins, languages, flags, national anthems and coat of flags of countries. It was a sample of collaboration and communication activity. First, they did research and collected the related information of the target country, then they wrote the related informaton on the papers to display on the maps. By using Google Maps, students learnt about the location, capital and big cities of the countries on the map. They also looked for what climate and population  the countries have along with the religion. Moreover they learn  about how to say the numbers from 1 to 10 in each language of 5 countries. After that they prepared the illustrations for the posters such as cultural symbols, flags and coat of arms. By doing this activity, students familiarized with cultural identity of countries and European Cultural Heritage. They not only familiarized with partner schools but also their country as well.

Take your Ipads, go out

With the relaxation of the restrictions imposed by the pandemic situation that the world has been experiencing, some schools decided to carry out the May activity: Digital Wall on Padlet. 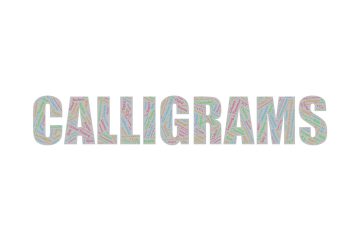 In the middle of a pandemic and with online classes, some schools carried out the April activity: calligrams. Many students opted for Wordart and others drew themselves.

The online dictionary was an activity common to all partners and required collaboration between schools. From an initially agreed word list, students recorded and made drawings.