3D Solar System Model: by using Nasa-Earth Now apps students will explore the solar system. The students will have the chance to make a trip through galaxy to learn about the planetary neighbourhood from their classrooms with navigational apps. At the end of the activity, students will create 3D solar system models. Students will understand content more deeply and learn how to take responsibility and build confidence, solve problems, work collaboratively, communicate ideas, and be creative innovators.

Students from Finland first decided what kind of model to make. Then they painted the balls to the Planets and the Sun. Finally the Sun and the Planets were glued in the correct order.

Virtual Trip to Galaxy is one of the desiring activities that pupils of Şehit Ahmet Birkaç İlkokulu were looking forward to. 3rd and 4rd grade students have taken part in the task. We started the activity by using the navigational application of Nasa (Nasa Earth Now). It was quite fascinating for students to observe the solar system so closely, like a real navigation. They click on the planets to see how they actually look like and imagined how a new life can arise on one of them.

After the navigation, they set on their work to create 3D solar system models.Because of the pandemic lock down they did some of the work at school and some at home.But in the end they succeed to create fantastic models.

The goal of this task strictly corresponds to the science and art class curriculum .It also helps to gain self-confidence, responsibility and be creative.

CEIP Maestro Juan de Ávila have done different activities to explore our galaxy. First of all, they have explored our Galaxy in their tablets. Children downloaded the app -NASA-EARTH NOW- and have enjoyed and learn a little more about the space.

They have created a WAKELET to save, organize and share different activities about the moon, space, galaxy… including a Roleplay and a virtual visit to the Planetary.

Students of the 3rd grade class of EB1/PE da Marinheira, Portugal, carried out an interdisciplinary work that involved their parents. 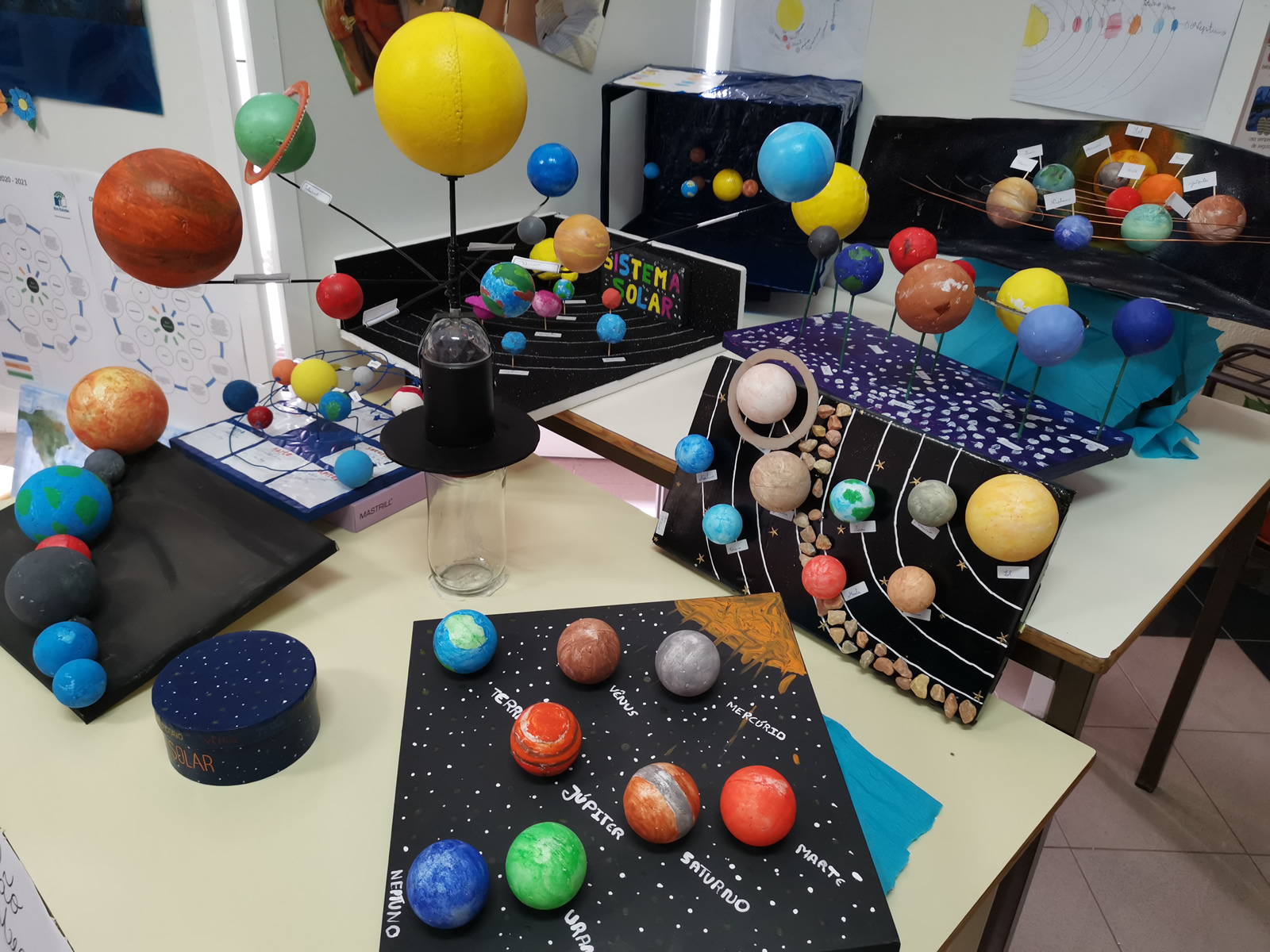 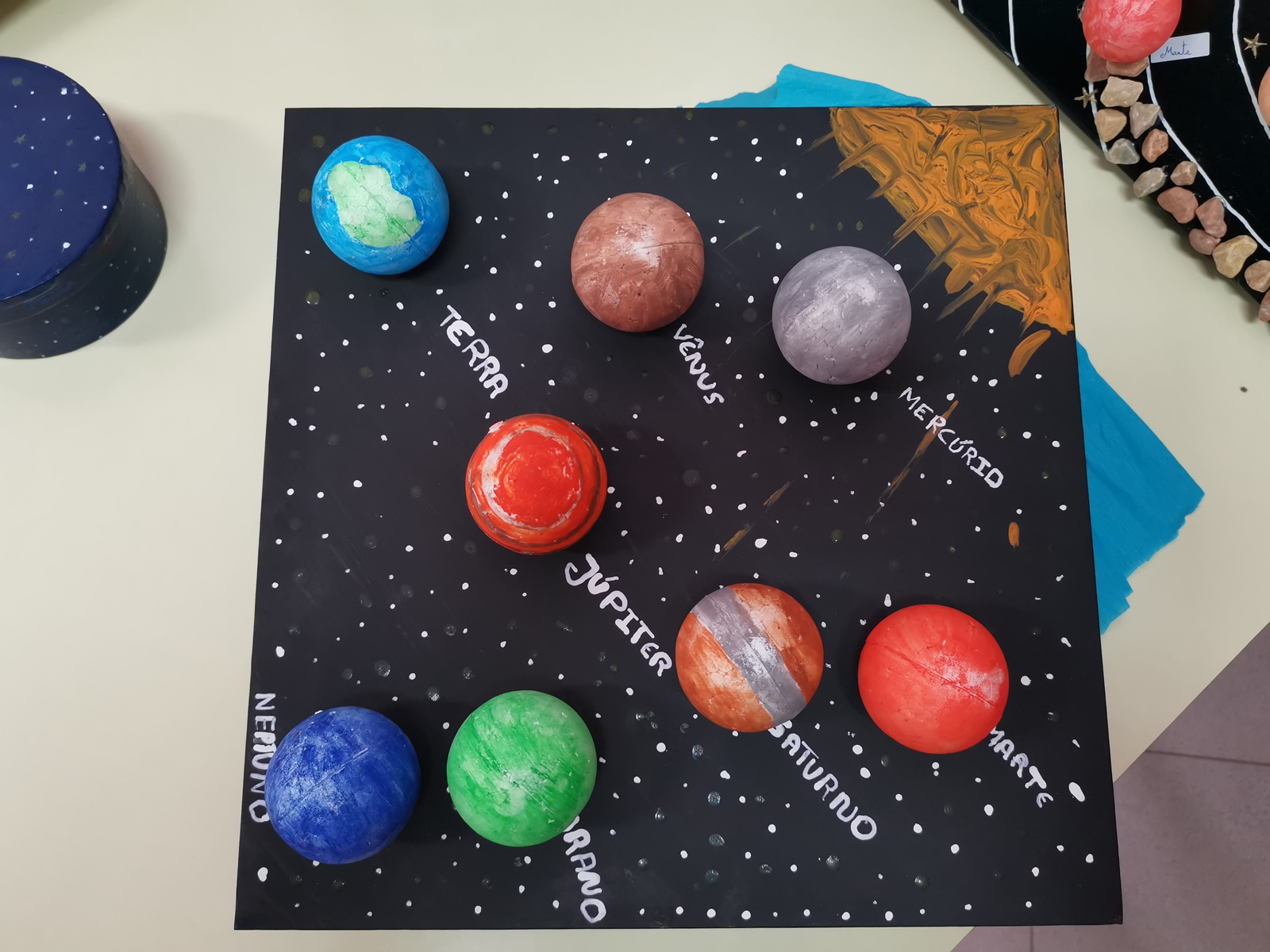 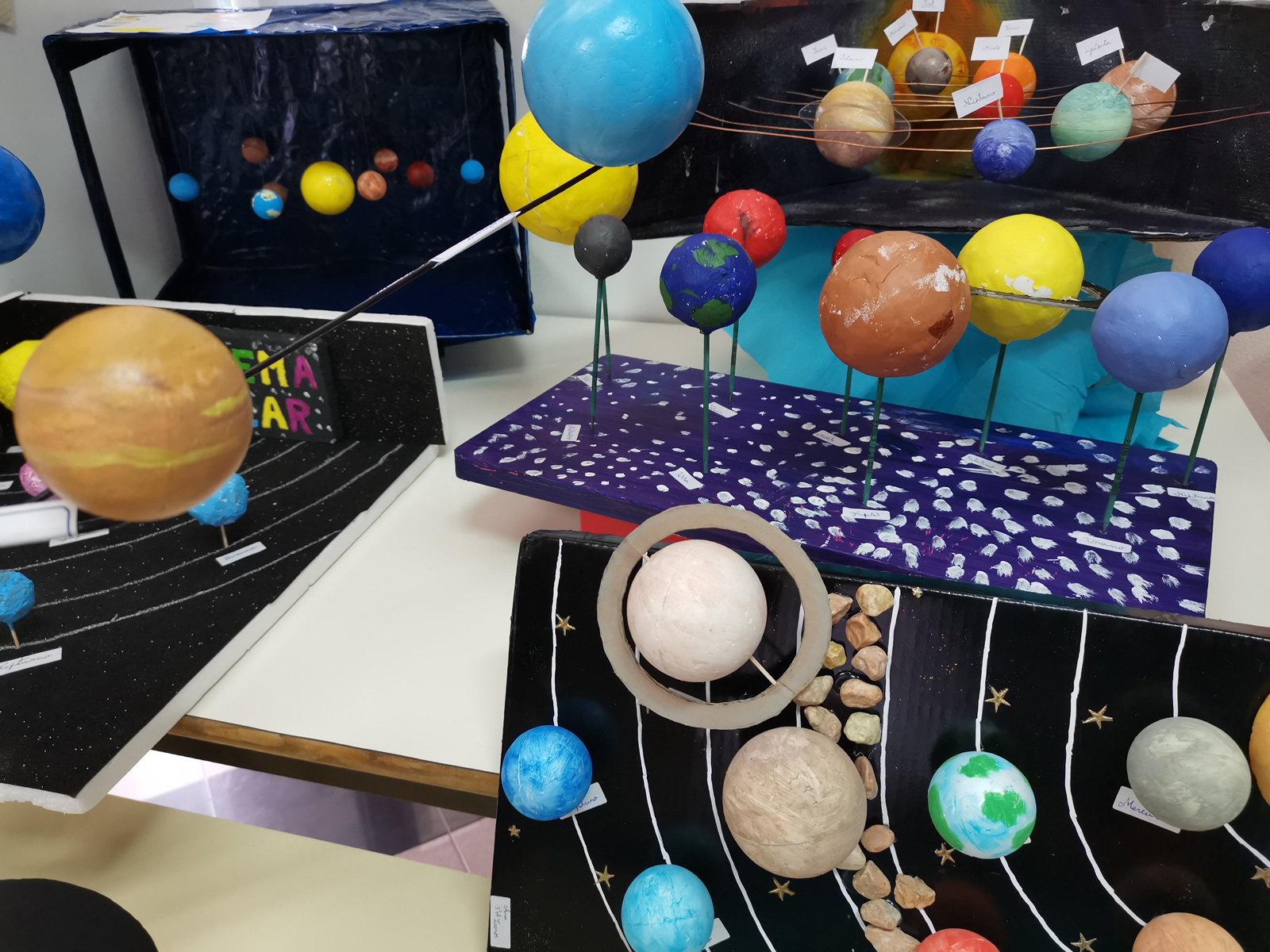 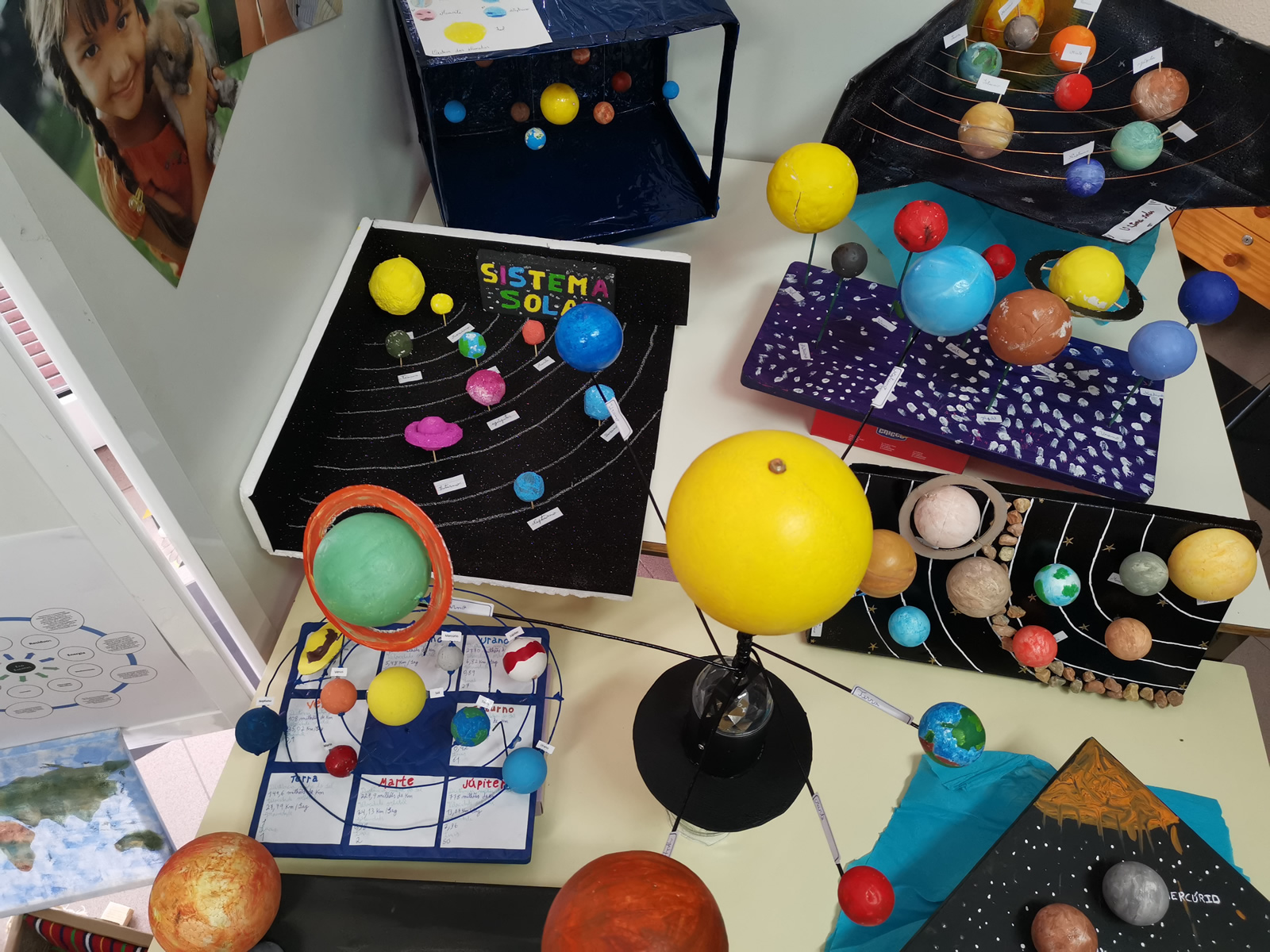 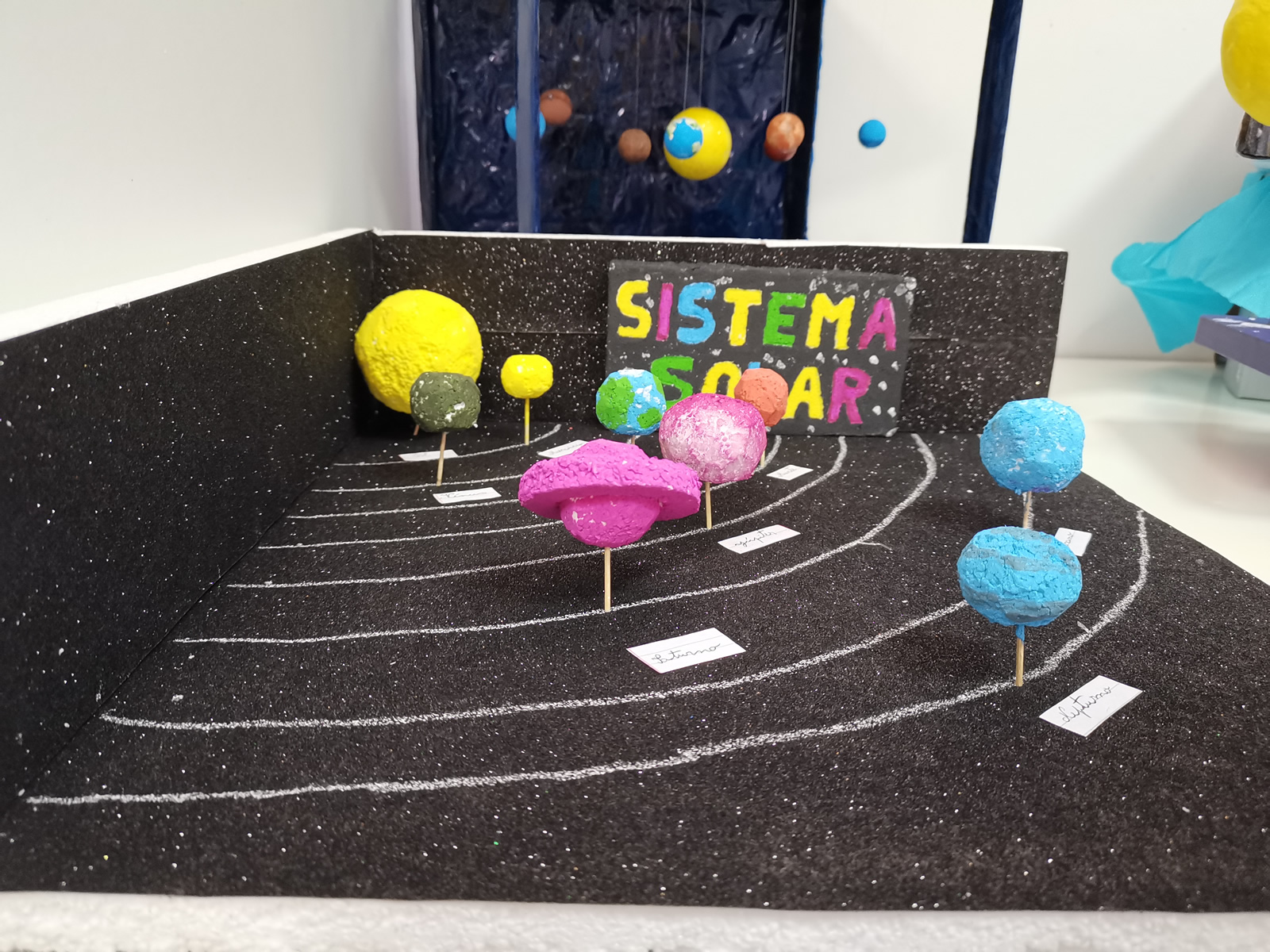 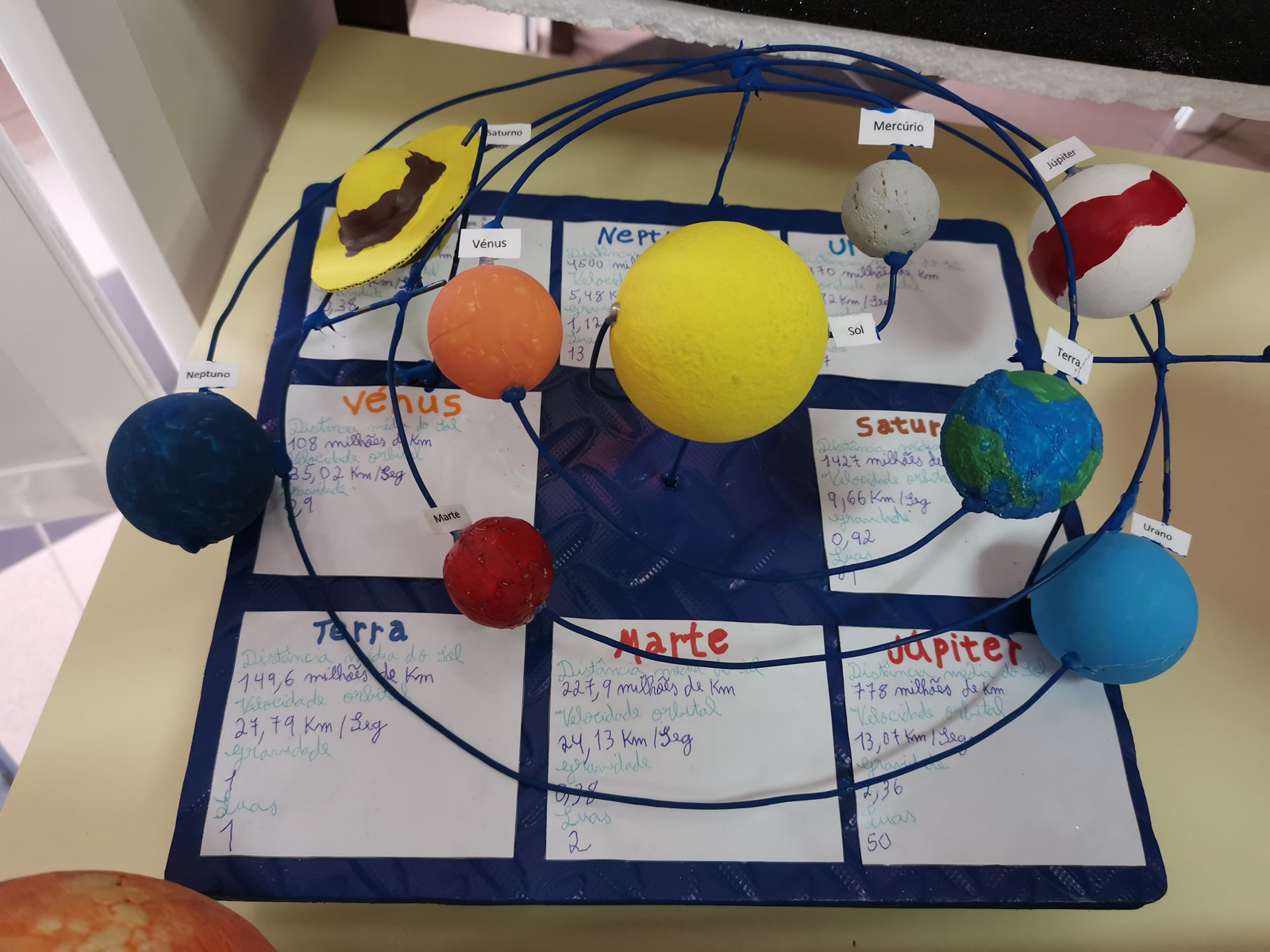 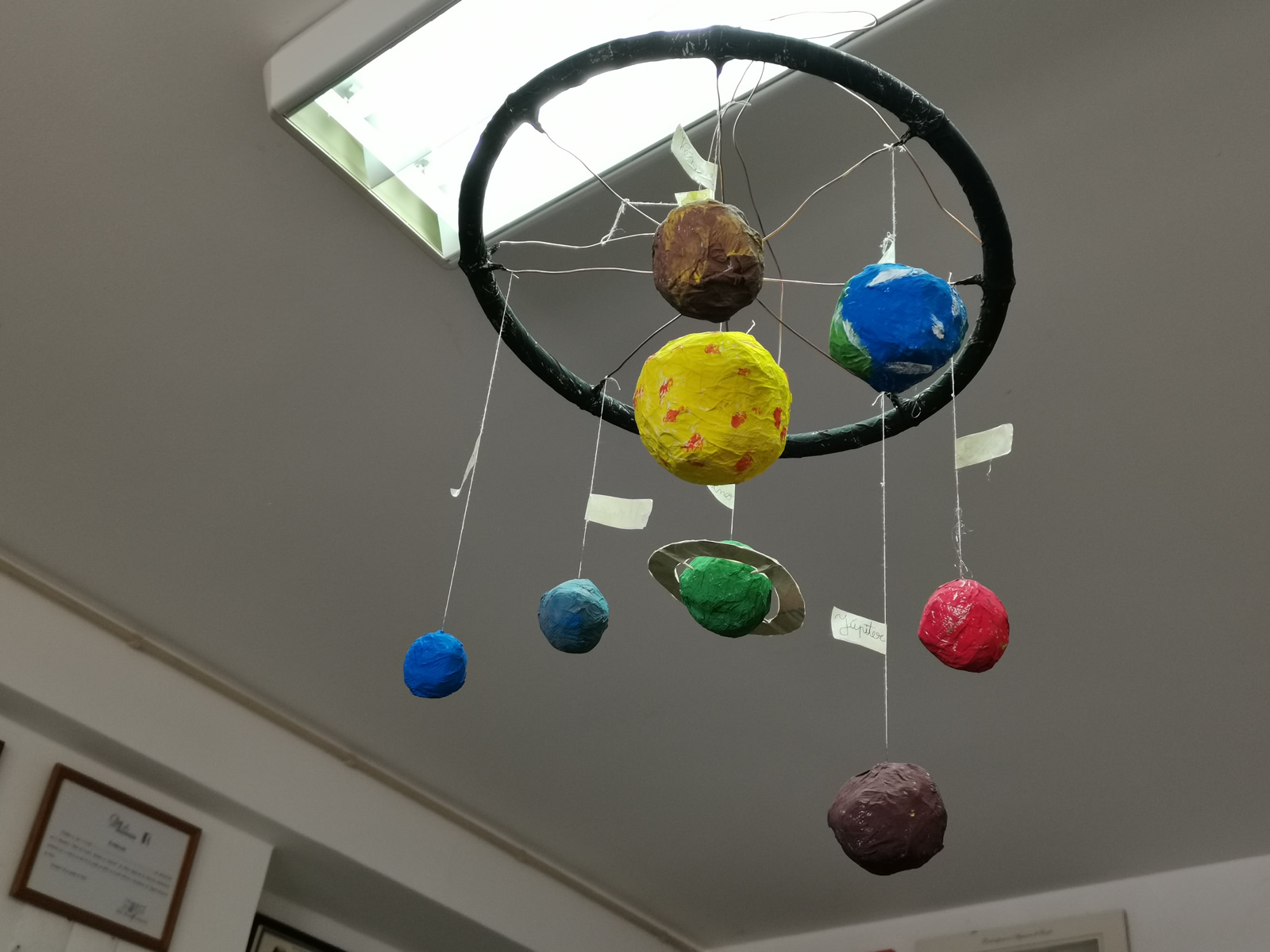 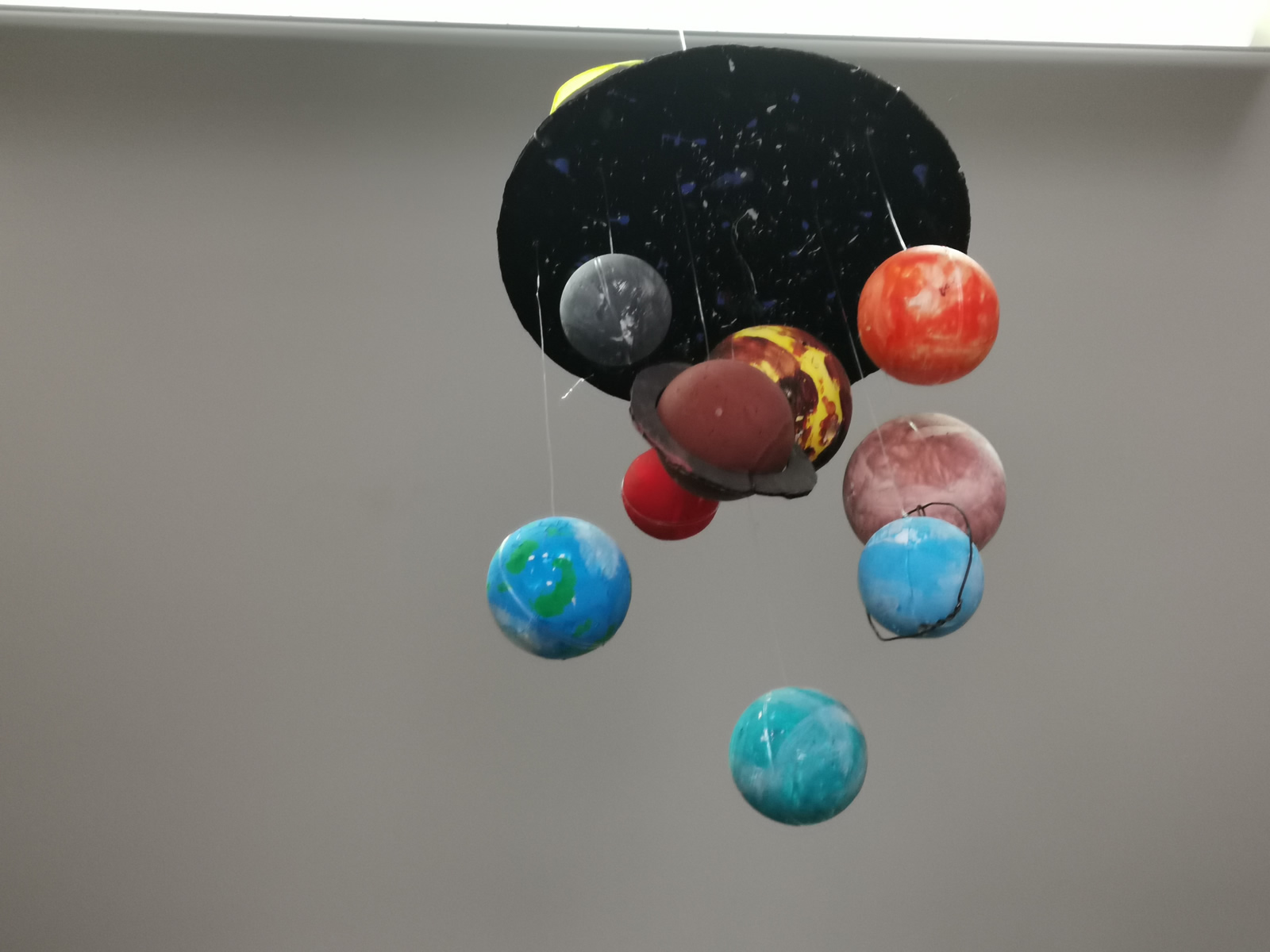 In their classroom and in the ICT class, they introduced the theme, researched using various websites, with emphasis on Google Maps (especially the virtual visit to the International Space Station), watched videos and created slide shows. At home, together with their families, they created 3D models of the solar system that were later exposed at school on International Children’s Day.

It was an activity that the students were very pleased with because they showed a lot of interest and presented very imaginative works.

At IC Pascoli Cento, Italy, the workshop on the solar system and its planets began with the children’s curiosity and their desire to experience the cyclical nature of day and night.

We have discovered how the earth revolves around the sun and itself and how it is not the only planet in the stars.

The work, adapted and built on the objectives of the first class, was followed and carried out with great enthusiasm and curiosity on the part of the pupils, creating in them more than a notional knowledge of the Universe and its components, the opportunity for a confrontation with an environment that is not very tangible, difficult to imagine.

Cooperative learning made learning active and pupils had the opportunity to work alone or in groups, depending on the phase of the activity, and had an important opportunity to learn to collaborate, to confront each other and to change roles continuously.

The weaker children were able to find space to express themselves and to make their contribution by activating resources and skills that often, with traditional teaching, remain squashed; the more lively and participative children worked in groups, experienced the need to coordinate and respect the time of others and to make their own skills available to their peers, without prevaricating.

Earth Day was an opportunity to explore citizenship issues, to ‘see’ our home earth from space and to reflect on environmental issues and the protection of our common heritage.

The models of the solar system produced during the learning pathway will be brought to the Pascoli school and will remain as ‘furniture’ and will be illustrated during the visits of families and pupils during the open days. 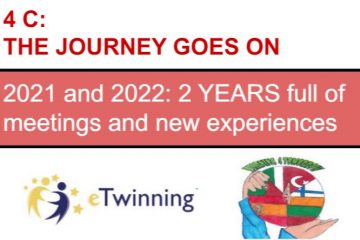 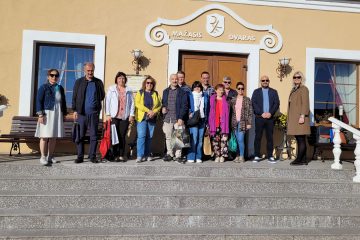 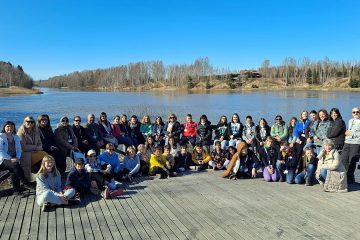